The moment of Independence Day in Indonesia is celebrated with great fanfare every year. Various events and traditional games adorn the celebration in the halls of residents in the villages even in big cities in Indonesia. The center of Independence Day celebration itself took place at the Merdeka Palace in the presence of the President of the Republic of Indonesia. Of course it is a pride for every individual who can be involved in the ceremony at the Merdeka Palace. 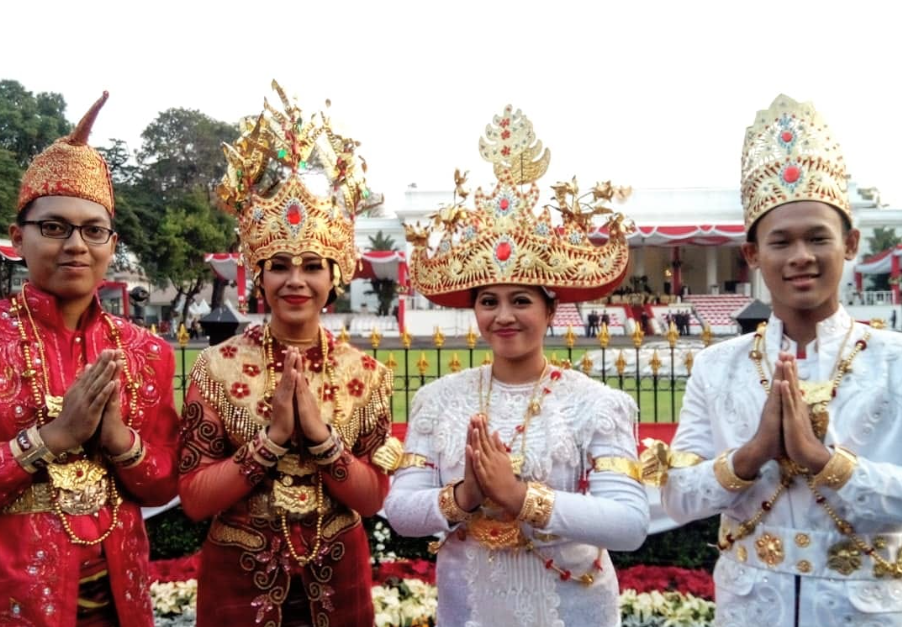 One of our young people from the Arjosari congregation in Lampung this year had a valuable opportunity to take part in the “Gita Bahana Nusantara” choir which was to fill the Independence Day celebration at the Merdeka Palace. Samuel Tri Jatmiko, or Samuel, he was often greeted as a member of the choir representing his province-Lampung. He has passed various kinds to the central level. To the editor he expressed his gratitude: “actually many people much better than me, both vocal techniques and vocal range. But I was considered to have advantages in terms of reading notes that I had learned in church since childhood.”

Gita Bahana Nusantara is a combination of choir members from all high school students in Indonesia under the guidance of the Indonesian Ministry of Education and Culture. Each province sent 4 representatives (Sopran, Alto, Tenor, Bass) to sing the national songs during the ceremony at the Merdeka Palace.

In the congregation itself, Samuel was actively involved in choirs and music. His father, Prieste Sugiri is the rector of the congregation. Finally,He invites young people from all over Indonesia to use his talents for the glory of God. “There are still many opportunities to join Gita Bahana Nusantara in the future, both the orchestra or choir. Also in other fields, whatever talent we have, use it as our testimony to glorify God.”

Previous StoryBe Bold!
Next StoryTake My Life and Let It Be

Why don’t you call?

The sacraments (13): “Let the little children come to Me”?

Some assigned the death penalt [...]