It has been almost a year since the boat accident in Batang Ai, Lubok Antu, Sarawak, District Evangelist Aris Kusnandar (Palangkaraya) told the editor of Nac. Indonesia about the incident, how he could overcome the trauma, and returned to serving the children of God who were entrusted to him. 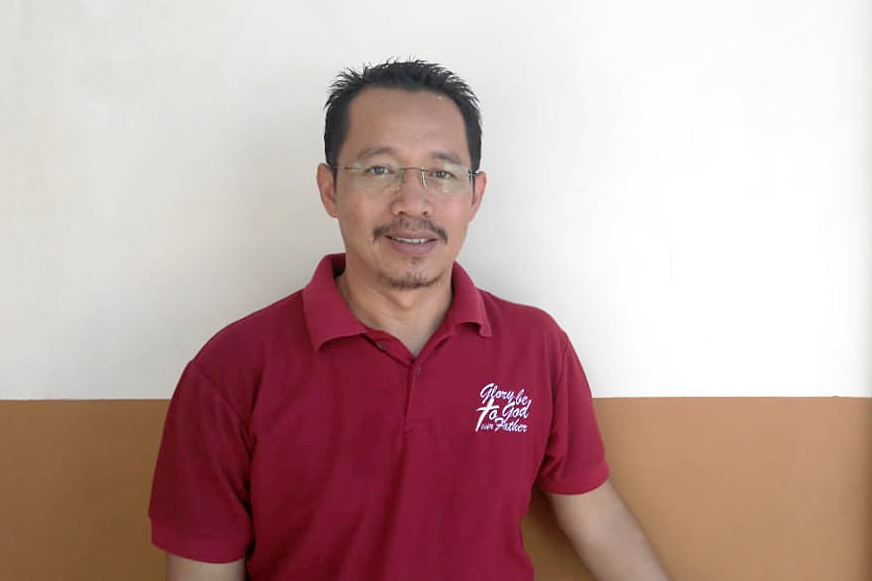 Friday, October 20, 2017 in the afternoon, we all hear news that makes us anxious. A boat with a group of ministers in Lubok Antu, Sarawak. “After serving the Mengkak congregation, we plan to return to the Batang Ai hydro port, to serve other congregations the next day. Suddenly the wind blows very hard from the front and makes the water surging which then sinks the boat that we boarded.” The District Evangelist related the incident. The District Evangelist, our member and Deacon Alister managed to survive by holding wooden fragments from the boat they were riding. However, District Elder Yustinus Tukiman and Evangelist Sudigdo were missing and only found on Tuesday (10/24).

The early days after the incident were one of the toughest days of his life. “After that incident every day I try to understand God’s plan. Humanely it is still difficult to understand this incident. Apostle Samuel and Bishop Sulis who followed to the location always confirmed that the District Elders and Evangelist were also exposed there to work. They even experienced God in another dimension, which we will later experience.”

Gradually the District Evangelist managed to overcome the trauma and continue to live and continue to serve God’s entrusted children. “Like their two favourite songs: ‘Take my life and let it be’ which is also enshrined in their tombstones, things become inspiration and little by little overcome the trauma. The District Elder and Evangelist have given their lives to trusted brothers and sisters, and I have to continue what they have started. I feel that I have been given a second life after that incident.”

Next week, District Apostle Urs Hebeien and District Apostle Helper Edy Isnugroho will serve God’s children in Lubok Antu and carry out a memorial service. God’s work in Sarawak must continue and the District Evangelist is determined to serve God’s children there lovingly. “To experience His love we also want to continue to serve and shepherd His sheep, that desire I want to live every day. Let us all serve God and His children sincerely, besides that it is useless.”

District Evangelist Aris Kusnandar is currently caring for around 1,880 children of God throughout Kalimantan, Sabah, Sarawak, Brunei, All Sulawesi and North Maluku.

Great comfort waits beyond all the cancellations

The word of God in multimedia form