History of our Church

Starting in the eighteenth century, an increasing number of individual theologians and believing Christians began to conclude that the Christian churches of the day were lacking in the gifts and living activity of the Holy Spirit present in the time of the early Church. Around the year 1830, revivalist movements began developing in England and Scotland. Amid prophecies and healings, these groups prayed for the renewed outpouring of the gifts of the Holy Spirit.

Over the course of the years these prayer and Bible groups developed into an “apostolic” movement, which was later called the Catholic Apostolic Church. Its distinguishing feature was that—as of 1832—it was led by apostles who had been called to ministry by prophets, and that it emphasised the activity of the Holy Spirit as the focal point of church life. The Catholic Apostolic congregation sought to unite all of Christendom under the spiritual leadership of these newly called apostles. To this end, the apostles addressed a “Testimony” of their faith to the spiritual and secular leaders of the time. However, their efforts met with very little positive response. As a result, the Catholic Apostolic congregation was compelled to develop its own church structure, with its own conception of ministry and its own liturgy, parallel to its pursuit of ecumenical endeavours.

In 1863, the “Hamburg schism” occurred as a result of differences of opinion on a number of individual interpretations of the Holy Scripture and on the calling of new apostles. This in turn led to the establishment of what was then known as the “General Christian Apostolic Mission”. This schism marked the birth of the New Apostolic Church.

» You can find a brief presentation of New Apostolic Church history here: Presentation_150Years_2013.pdf

Introduction of the chief apostle ministry 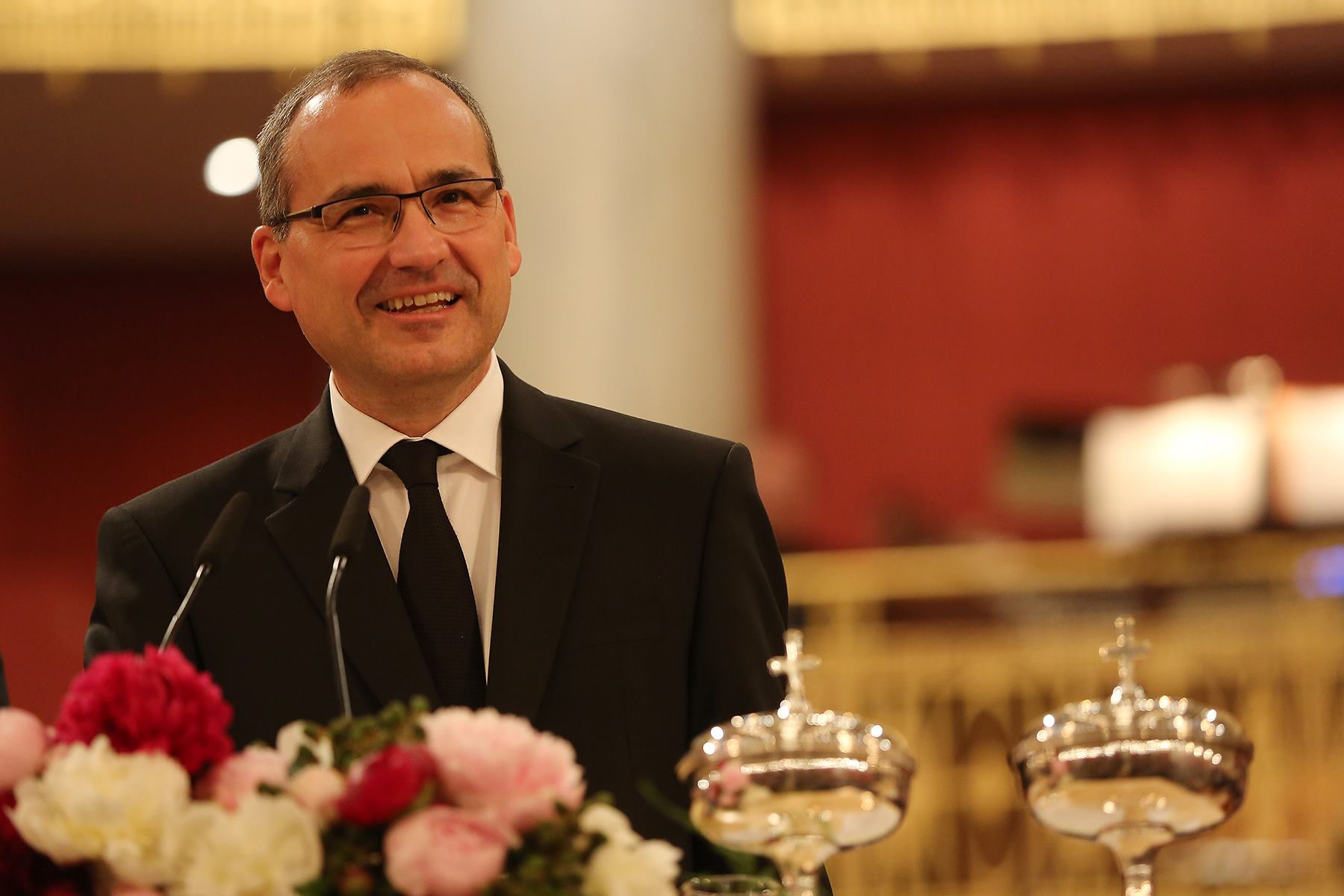 The vigorous growth of the Church around the world and the integration of numerous different cultures and traditions into a uniform doctrine of faith are significant challenges in the third millennium. The focus of the New Apostolic doctrine of faith remains the expectation of the imminent return of the Son of God, Jesus Christ. 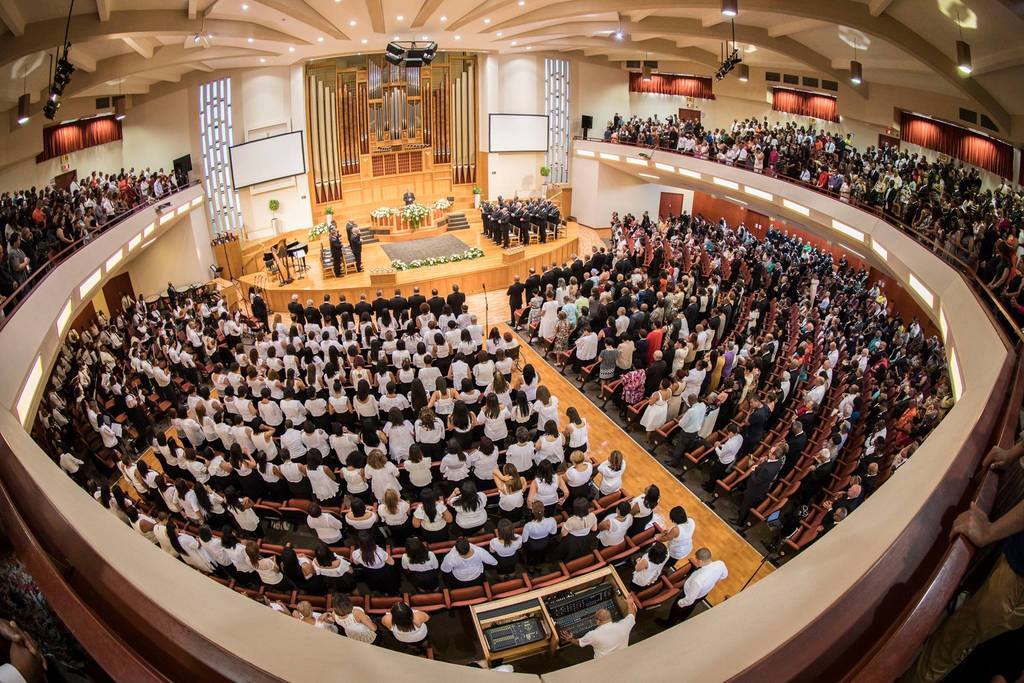 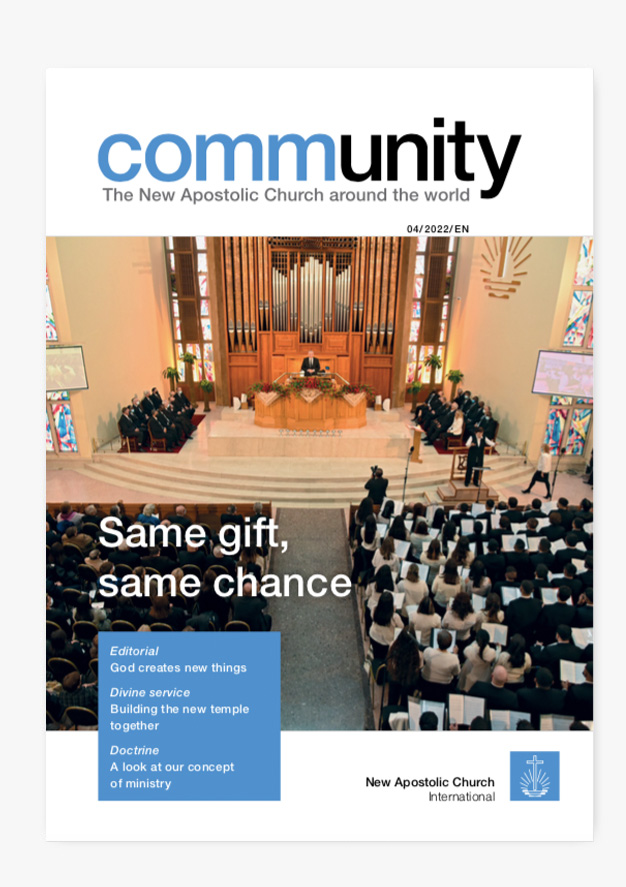 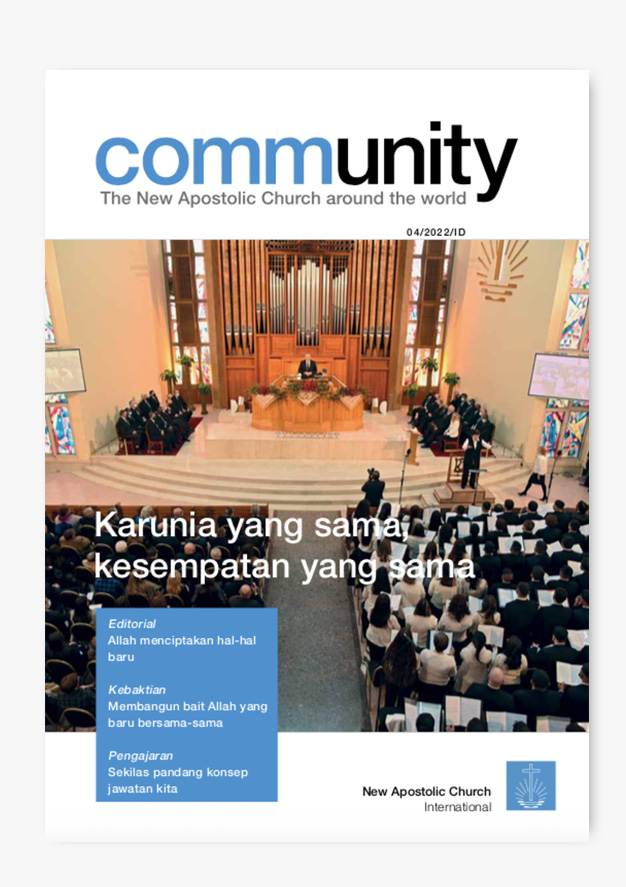