With this guideline the New Apostolic Church wants to create a uniform basis for serving and leading within the Church. This guideline is intended to be mandatory for all and to help the individual, through Christian charity, understanding and esteem, to contribute to the unity of the Church and the community.

Leading in the New Apostolic Church is never an end in itself, but should help all of the faithful to achieve the goal of faith, which is to belong to Christ’s bride at the First Resurrection and to attain eternal fellowship with God. Here the principles of Jesus Christ’s teachings are binding.

Serving and leading must be guided by obedience to things divine, by fervent prayer, and by acting in the fear of God. This will enable cooperative endeavors based on trust and a feeling of belonging. The leaders of the Church attach great importance to assuring this style of leadership is practised everywhere.

The gospel of Jesus Christ has timeless validity. Notwithstanding the Church leaders assess very carefully whether received methods of serving and leading are still in line with today’s demands. They are well aware of their responsibility to retain what has proved its worth.

The changing attitude many people have towards work and leadership require greater empathy, willingness to talk, and cooperative readiness. By acting and thinking responsibly, the gifts and capabilities of the individual can unfold for the interest and the good of the Church as well as for his own well-being.

Serving and leading in the New Apostolic Church will be explained under the following headings below:

When, in the following, we speak of those entrusted to lead, we include: the Chief Apostle, District Apostles, Apostles, Bishops, district ministers, congregation rectors; specially commissioned Brothers and Sisters such as chairpersons of working groups and committees.

Requirements for those entrusted to lead

To fulfill the functions of those entrusted to lead spiritual qualities like:

Those entrusted to lead should always be ready to assess their own leadership style and to continue to develop their ability to lead. In line with Christian understanding, they respect the religious views of all persons. They do not deprecate other cultures, customs, and practices. Rather in their encounters with others they show due respect. They do not demand more from ministers and Brothers and Sisters than they are prepared to do themselves.

The credibility of those entrusted to lead requires that they keep their commitments, that their actions are plausible, and that their decisions are well-founded. Here a passage from James (1:22) provides a valuable orientation:

James 1:22 But be ye doers of the word and not hearers only; deceiving your own selves.

We must distinguish between inner and outer authority. Outer authority is the exercise of power due to the individual’s position. Inner authority, on the other hand, is primarily characterized by:

To lead means to have a goal and to show someone the path by treading it with him. The person entrusted to lead must be aware in every situation that his own actions will be an example for the ministers and Brothers and Sisters entrusted to his care.

The interest of the entire Church is paramount here. A ministry or function may not be abused for personal interests. Those entrusted to lead must be free of ambitiousness in their dealings. Here the words of God’s son are binding:

John 13:15 For I have given you an example, that ye should do as I have done to you.

Among leadership duties are the following:

One’s mutual dealings should be conducted in a spirit of esteem and love of one’s fellow man, even when mistakes have been made and admitted to. When called for, praise and blame should be given their due – both should be expressed while the matter is still topical. Discussions of this type also serve to create conviction for the tasks at hand and foster trusting cooperation.

Those entrusted to lead should be open to suggestions; nevertheless, the final decision rests with them.

Those entrusted to lead are obliged to explain the Church’s needs, even when this may at times force the leader to renounce as untenable personal goals he may have that cannot be realized within the Church.

The harmonious combination of these modes of conduct promotes trust and esteem, and engenders a sense of togetherness by which each individual feels bound up in fellowship.

It is necessary to delegate as many tasks as possible so that those entrusted to lead can concentrate on the most important ones. Those entrusted to lead should examine the extent to which particular aspects of the care of souls can be delegated to suitable ministers in the district or congregation.

An indispensable aspect of delegating is to grant whatever decision-making authority is required to complete the task at hand. Work groups are set up by the authorized leaders to tackle large and complex problems. Goals and conditions must be agreed with the work group. A group can only be successful if it has the requisite support of its leader.

It is in the interest of every individual to be clear on goals and intentions, on backgrounds and cross-linkages. In addition, everyone needs to be able to communicate his own concerns. This is best assured when everyone communicates. The lack of open dialogues and regular meetings leads to a feeling of uncertainty, and misunderstanding may arise. In an open community, differences of opinion are openly discussed.

It is conducive to genuine unity when all decisions are explained as far as possible. Questions which arise and discussions which ensue should not be viewed as signs of disunity, but as proceeding from a desire to achieve unity.

Those entrusted to lead should inform to the extent called for. They must also see that they obtain essential feedback on the implementation and effects of measures taken.

Genuine unity can only be achieved when

For the sake of unity, any decisions taken, instructions issued, or guidelines released may not be interpreted by the individual at will.

Through unequivocal decision-making powers and self-imposed moderation of all involved many conflicts can be headed off in advance.

The working-together of our Brothers and Sisters is not characterized by the absence of conflicts, but by the manner in which these are resolved. Conflicts also offer an opportunity for all involved to find novel and optimized solutions; humility, love, and mutual respect facilitate this. Here a distinction should be made between the person and the matter at hand. Frequently, despite having good intentions, one unconsciously makes mistakes.

It is important to look for causes and not for culprits. However, in cases where problems stem from lack of calibre in individual ministers or commissioned persons, one must be prepared to address these and, if necessary, reassign personnel. Necessary interviews should be conducted on a dignified plane.

When conflicts of this kind cannot be thus resolved, each and every one may turn in full confidence to a higher Church authority.

Colossians 3:12-14 Put on therefore, as the elect of god, holy and beloved, bowels of mercies, kindness, humbleness of mind, meekness, longsuffering; forbearing one another, and forgiving one another, if any man have a quarrel against any; even as christ forgave you, so also do ye. And above all these things put on charity, which is the bond of perfectness. 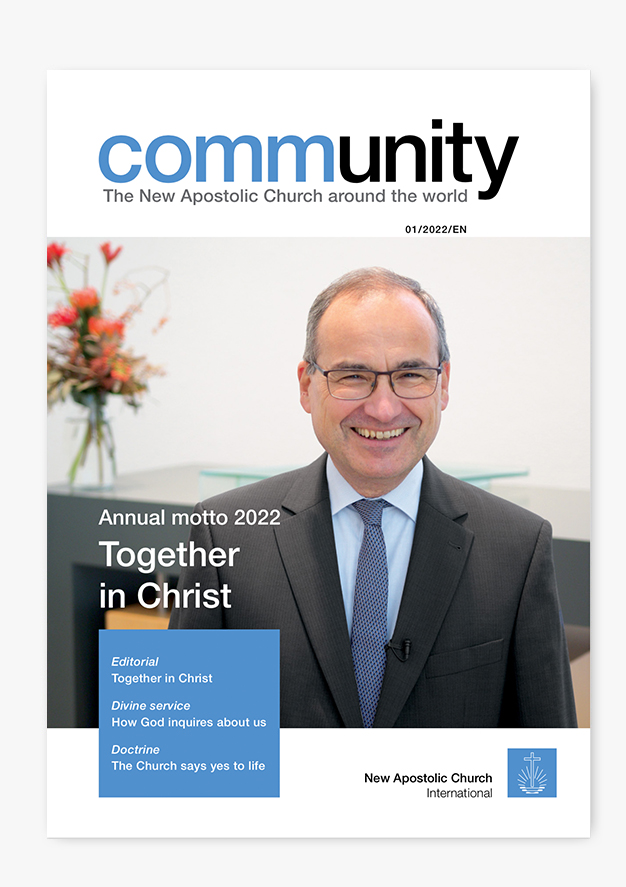 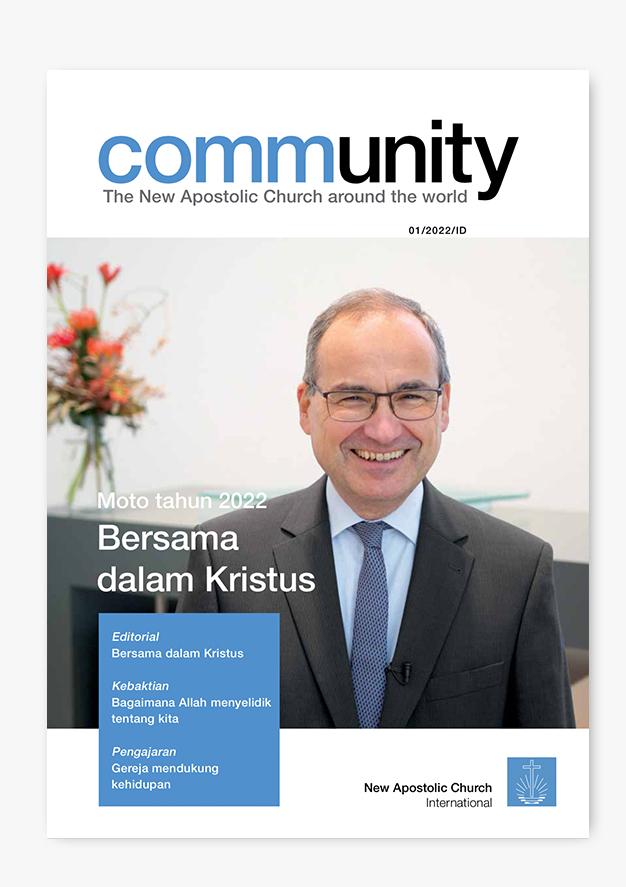