Our Brothers in the ministry often face difficult situation; challenges even stress. When such affects them personally the question might come up: Why? Why does the Lord permit that His servants are hurt in line of duty? We cannot answer that. “Anything, anytime, anywhere can happen to anyone” a District Apostle of bygone days used to say. 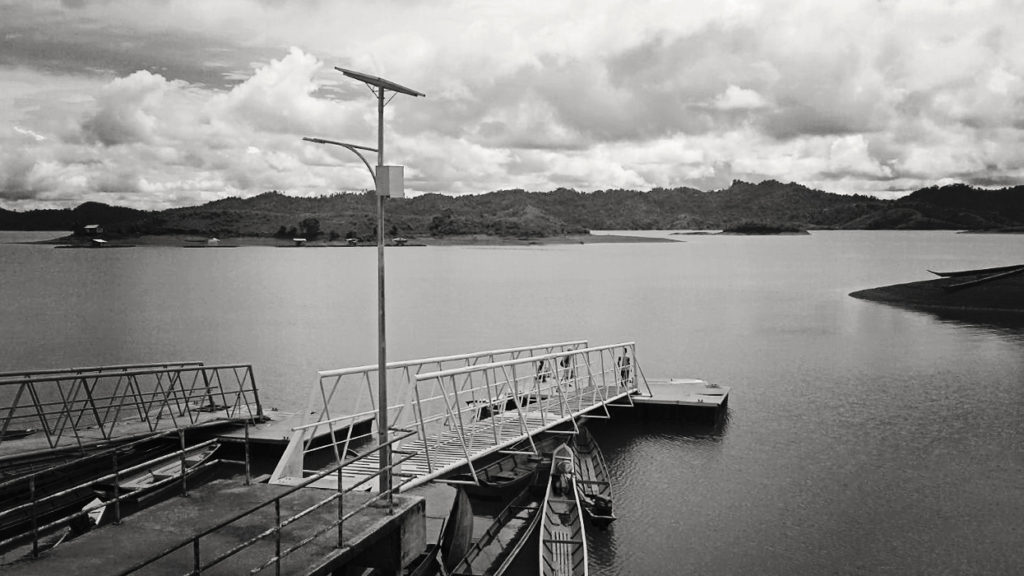 When DA Hebeisen and DAH Isnugroho arrived in the City of Penang, in Malaysia, Friday 20th October 2017, they got really scared. News reached them that a boat with Brothers sank in Lubok Antu, Sarawak in Borneo. Soon details were received that on the lake of Batang Ai our three Indonesian Brothers District Elder Yustinus from Palangkaraia and his assistant District Evangelist Aris Kusnandar, Evangelist Sudigdo from Pontianak/Kalimantan together with local Brothers were en-route from one divine service to the next. Strong winds create violent waves on the otherwise calm lake and the boat capsized. DEv. Aris and the the others could hold on to the boat but the District Elder and Evangelist went missing.

Ap. Samuel and Bh Sulis immediately travelled to the site and contact could be established with local police to get first hand information on the search and rescue efforts. Day by day the hopes went down. The Malaysia youth day program was constantly overshadowed with the thought: Where are our Brothers?

Then came the news that luggage was found floating in the sea. “We all knew that was it” the DA recalled. Tuesday morning the body of Ev. Sudigdo was found. Somehow relieved yet enormously sad it came like a comfort when his wife, Sister Pawarti, said, to be thankful my husband our father has lost his life in the service of the Lord. Pictures of the search and rescue team looked so familiar, from tv news, but now to look at it knowing our Brothers were in this, makes our heart heavy. Tuesday afternoon the body of District Elder Yustinus Tukiman was also found.

The lake is actually created by a damm and is a huge flooding of valleys. The area, very rural and a natural beauty. There is a congregation up river. The church was established in Sarawak by the late Apostle Edward Deppner and retired District Evangelist Charles Akobiarek. Sarawak a country in the Malaysian Federation belongs to the mission field of NACSEAsia and is cared for by the Indonesian Brothers from Kalimantan, the indonesian part of Borneo. Ap. Samuel Hadiwidagdo is the responsible Apostle.

Previous StoryJesus, we are here
Next StoryIndonesian Apostles in The Philippines

From the “new light” to the “message”

The word of God remains audible

Preaching comes through the wo [...]

Adhering to the Bible, but in the right way